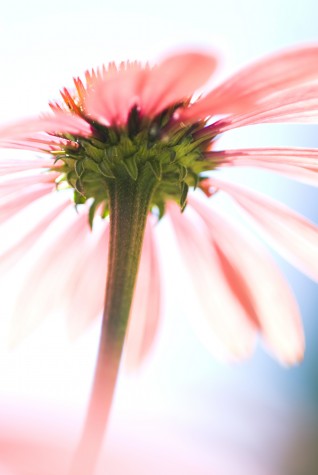 Orange Echinacea. Echinacea, commonly called Purple Coneflower, is a genus of nine species of herbaceous plants in the family Asteraceae. All are strictly native to eastern and central North America. The plants have large, showy heads of composite flowers, blooming from early to late summer. The genus name is from the Greek echino, meaning “spiny”, due to the spiny central disk. Echinacea is popularly believed to be an immunostimulator, stimulating the body’s non-specific immune system and warding off infections – but not scientifically proved. The safety of echinacea under long-term use is unknown. Image is captured in 12 bit RAW and processed in Adobe RGB color space.