Think of Botox and what immediately springs to mind? A half frozen face with a fixed smile? Or is it ridiculous Hollywood foreheads? You’re not alone – these are stereotypes that have existed around this treatment for years. We’ve all seen magazine articles showing the before and after shots of the stars’ Botox shots – and many of us will have wondered why they bothered when the after shot looks worst than the earlier one.

However, recent advances in the technology and application have meant that patients are able to achieve a much more natural look, something that it appears many have been crying out for. 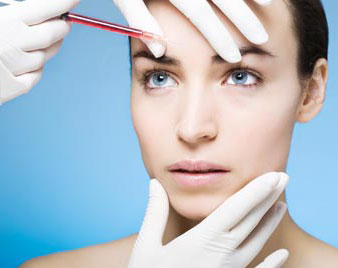 SHE Magazine recently reported on these developments and found many Botox experts have differing opinions on how to achieve a modern, subtle look. Dr Sebagh commented “using a reduced concentration of Botox stops unconscious frowning, but allows you to move your face at will”.
Meanwhile, New York-based practitioner Dr. Adam Geyer said he leans towards the ‘little and often’ approach to this non-cosmetic wonder cure. “A small amount more frequently gives a more natural overall feel,” he explained.
Dr Susan Mayou, a consultant dermatologist, is looking even further into the future and the possible use of a cream version of Botox, which is currently at phase two of medical trials in the US. “So far, the results look promising,” she added.

However, the column goes on to suggest that creams can only go so far – and in fact that traditional Botox is the only real way of tackling issues like crow’s feet and frown lines. In our view, all of the evidence released recently points towards Botox offer a much more natural look in the future – and this can only be good for patients. Although some people are keen to show off what they’ve had done, for other cosmetic surgery patients, subtly is the name of the game. In fact, the noises coming out of clinics at the moment suggest that more and more patients are looking for barely-there boob jobs and other hidden treatments. The age of understatement, in the cosmetic surgery world at least, looks to be upon us.

So, with this in mind, we’ve been wondering what the future will look like – and specifically how cosmetic surgery patients will look, both famous and ordinary. Will Hollywood stars be noted for their natural looks, rather than ridiculous frozen faces? Will more and more people have Botox? We’re looking forward to finding out.